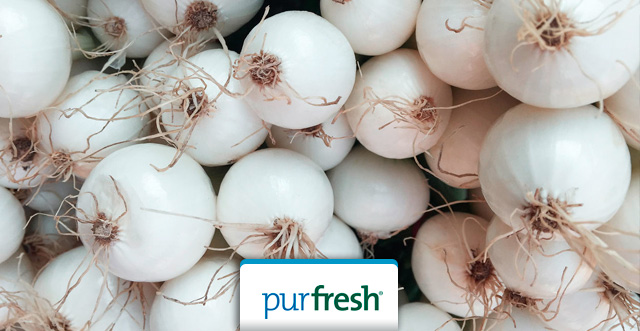 The coronavirus crisis is a challenge for every industry Worldwide. The production of food experienced difficulties because of the border closures to prevent the spread of the virus.

For example, India, one of the largest producers of onion, banned exports of its onions. With the ban of Indian onions came an immediate higher demand for Dutch, Spanish, Egyptian, Turkish, and Chinese onions in Asia and the Middle East.

The Netherlands tends to have an overproduction of red onions yearly, so the Indian ban helped reduce it.

However, The Netherlands had a dry spring and just some rains. Which yielded poor results in the quality of the harvested onions.

In the case of the onion market, the main coronavirus-related problems had to do with payment transactions.

The german onion season started in mid-September in the northern areas. In the south, the harvest started earlier. Large-sized onions are not expected because of dry weather.

German farmers choose onions because the prices remain steadily high, and it seems it will remain like this in the years to come.

On the other hand, the weather in the United Kingdom is one of the wettest, but despite this, the season is going well.

The coronavirus made the demand grow exponentially in the spring, but sales stabilized in May and June.

We have to see which restrictions will be placed in the winter to contain the virus and what will be the impact on the British onion market.

The french the harvest was good. Both the volume and the quality of french onions satisfied growers this year, sales are a concern because the buyers are the hotel and catering industries currently limited by the pandemic.

Austria had warmer weather that brought the onion industry to a halt. In some parts of Austria, the production was around 20% below average this year,

Italy beneficiated from the Indian ban, and the demand for their onions abroad grew considerably. However, the demand for onions in their domestic market is small.

The Italian onions experience increased demand from France, Belgium, Germany, and the Netherlands who seek premium products lacking in the rest of Europe.

In Spain, the onion harvest was 40% lower than last year, and the acreage used to plant onions was reduced by 14%.

Onions need certain temperatures, and this year heat-waves resulted in smaller-sized onions. Usually, 30% of Spanish onions are of large sizes, this year the number was only 10%.

As previously discussed, India banned exports of their onions for the second year in a row. The reason was a disappointing harvest in Bangalore because of heavy rainfall.

The ban on Indian onions was still in place by December 8th, facing opposition by politicians and farmers who want the ban lifted because the wholesale prices crashed.

In the United States, the supply looks normal, although there were few large-sized onions. Situations as the smoke from the California wildfires took a toll on the crops and delayed the harvest by 10 days in some places.

The onion season in Peru started three weeks earlier which created an opportunity for them to enter the US market.

Australia experienced a significant increase in exports with an 81% rise in the value. Australian onions were mostly imported by China.

Now we present a list of the World's Top Onion Exports.

These countries shipped 87.8% of global onion exports. We still have to wait and see the full impact of the pandemic in the Worldwide onion market in the years to come.

Onions and garlic in storage are susceptible to decay, particularly Botrytis neck rot, and black and blue mold rot, from airborne and surface microorganisms and odors can cause unwanted contamination of other commodities. With Purfresh’s cold storage solution, packers and processors are able to control odor cross- over, extend product life and marketability, and decrease decay losses naturally. Ozone can be used as a complementary measure with various post-harvest techniques.

Check out what Purfresh can do with controlled atmosphere for onions & garlic.